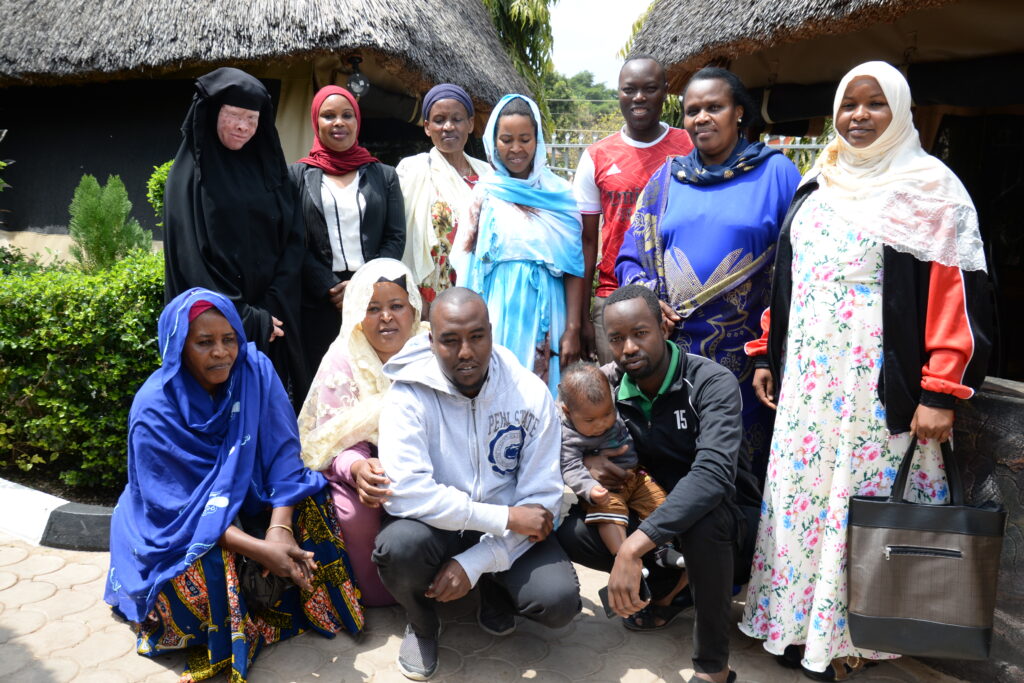 Written by GeDIA member Jabhera Matogoro // Assistant Lecturer in the Department of Computer Science and Engineering of the College of Informatics and Virtual Education.

For many people around the world today, a life without the Internet is hard to imagine. We connect with each other, to knowledge, to resources — many of us use the Internet to make ourselves known and to be heard, but also to hear new voices and the opinions of others. The information ecology provided by the Internet is fundamental to the breadth and depth of our democracies, for securing our rights, and protecting those of others. The hard realities of the ‘digital divide,’ however, mean that many are still excluded from the global Internet.

In 2019, 82.5% of people were using the Internet in the European Region, compared with 28.6% in Africa (ITU, 2019). In the rural district of Kondoa, located 140km north of Tanzania’s capital Dodoma, Internet connectivity remains a luxury. But a grassroots cooperative approach — more commonly known as community-owned telecommunications — was initiated to change that.

The digital divide has a heavy gender component to it, with around 37% less women having access to broadband Internet than men in sub-Saharan Africa (World Bank). This was something that the Tanzania Community Networks Alliance was keen to address when they partnered with Kondoa Widows’ Group registered as Kikundi cha Wajane Kondoa (KIWAJAKO) in 2017.

The initiative that our team from the University of Dodoma piloted, is a model of ‘community-owned’ Internet using TV white space (TVWS) technologies. Essentially the idea was to take advantage of the spare capacity available in unused television broadcasting frequencies, particularly in the ultra-high frequency (UHF) spectrum, to deliver broadband Internet for previously cut-off communities.

In Tanzania, this spectrum ranges from 470 – 694 MHz and has strong propagation characteristics exceeding a typical home Wi-Fi (which covers only small geographical areas). Phones and computers can access this high-speed television white space Internet through fixed or portable wireless access points — all of which makes it perfect for rural communities. Rural communities remain disconnected particularly because large telecoms companies have no incentive to invest in areas where they do not realise a return on investment within short periods of time.

With the Internet access provided by the pilot, KIWAJAKO was able to access information about their legal rights, advocate for their cause, and start addressing social stigmatisation, as well as connecting with each other over long distances from village to village. Critically, the connection also enabled them to sell their products elsewhere, which contributed to more financial independence. This is vital as government donations have been decreasing.KIWAJAKO is just one of several local initiatives that benefited from the television white space Internet connectivity pilot. Education is equally critical to addressing societal and global power inequalities, and Internet access is now fundamental to levelling the playing field and ensuring we all benefit from the talents and passions of our youth. Through the pilot by the University of Dodoma, Kondoa Girls’ high School was able to significantly change the student learning experience via its new-found online connections.

The pilot also connected Ula secondary school, Bustani teacher’s college, and the Study Zone Computer centre. Classes of up to 70 students previously relied on a limited number of textbooks (sometimes one between 10) and under-resourced teachers. With the TVWS connection and a new computer suite, students were able to supplement their learning with the online resources available on the internet using the connected computer laboratory at school.

The project’s governance is also of interest. Community members take ownership and are ultimately responsible for the network and its maintenance. They are also deciding on appropriate pricing for members, who themselves can buy shares in the project as part of the cooperative structure. This bottom-up ethos stands in stark contrast to the top-down approach of private service providers who build the infrastructure only when profitable, barely engage the community in the enterprise, and set their own prices for users to pay — prices that are typically out of reach for rural families that can often scarcely afford more than two meals a day. As project lead, Dr. Jabhera Matogoro explains that, if it was left to market forces, rural areas such as those in Kondoa would not be connected for many years to come. For community network approaches, shared ownership, participation, and financial sustainability are understood as the keys to long-term success.

While the community is enthusiastic about the potential of expanding the use of TV white space in Kondoa, significant challenges remain. Primary among them is lack of television white space and community networks policies and regulations. After enjoying the connectivity afforded by the TV white space pilot for two years, Kondoa Girls high school now remains disconnected to the disappointment of teachers and students alike, and the women of KIWAJAKO again must rely on expensive mobile data. The disconnection was due to the fact that a two years academic license expired and there was no TVWS regulatory framework in Tanzania. The project initially piloted on a two-year academic licence. However, the government has so far not accepted to renew the permission, after it expired in 2019. Part of the problem is likely bureaucratic, another lack of television white space policy guiding the utilization of the technology, but beyond this many in Tanzania still think of Internet access as a luxury, not something to be prioritised above more pressing local economic development issues.

And yet, many of these issues could be more efficiently addressed were the communities supported by having access to the Internet. As the experience of Kondoa shows, grassroots initiatives can flourish if given a helping hand. The Internet can afford communities previously unprecedented access to resources, knowledge, and networks of collaborators. Despite the challenges of policy supporting community-based telecommunication in Tanzania, members of the community in Tanzania have managed to advocate and register three community network cooperatives in the Kondoa, Kasulu, and Ruvuma Districts, all aimed to democratise the telecommunications industry in Tanzania and beyond.

Beyond the political and bureaucratic hurdles, the major telecoms companies, with their vast infrastructure and greater lobbying power, are still holding the reigns of who is connected and how much they must pay for the privilege. We are still some distance from the original vision of the Internet — as a democratic platform open to all, owned by no one. The digital divide is complex and multifaceted — political bureaucracy, economic development, infrastructure, and social factors (like education and unequal cultural gender norms) all contribute. Dr. Matogoro stresses that addressing the digital divide will require a holistic approach from civil society, the government, and private companies.

[This blog was originally co-authored by Jabhera Matogoro, Michael McEvoy and Steve Taylor was published here.]